The Truth About the Tattoo

Once upon a time in Chicago...I loaded up my gear, picked up my partner Billy Prewitt, and headed due west to an out of town gig.   It was the week between Christmas and New Year's, a blizzard was predicted, and I was going to have to drive all the way across the state.  Maybe it wasn't the smartest time to be traveling, but when wasn't a blizzard predicted in Chicago in December?

Besides--I had grown accustomed to coping with Arctic-like conditions.  I had a long sturdy ramp to help me roll my piano over slushy curbs.  I  had an impressive track record when it came to digging my van out of giant snow drifts.  I had a couple of cement blocks in the back to hold down the rear end and provide more traction.  I even had kitty litter to throw under the wheels when they were spinning out on ice, and I kept a candle stub to light so I wouldn't freeze to death if I got stranded.  It seemed to me I had prepared for just about everything the weather could throw at me.

Snowflakes began to fall just an hour into the journey.  The thicker they fell, the slower the traffic crawled.  I moved over to the far left, thinking the passing lane was where I might make the best time.  It might have been my imagination, but I thought the cars there were moving just a hair faster.  I was listening to Jackson Browne's live album and singing along to "Running on Empty."  I didn't see the big truck slide up behind me.

When I regained consciousness the world outside the windshield was no longer in an upright position.  Or was it me?  The van was lying on its side in the snowy median, and I was lying on my left side against the door of the van.  All was still.  No more forward motion.   No more Jackson Browne.  I became aware that my partner was shouting to someone outside the passenger door, which was now directly overhead.  A trucker who was a good Samaritan pried the door open and pulled us straight up and out, bundling us into the cab of his semi to keep warm while we waited for the cops and the ambulances.

The kitty litter and candles were no help at all. 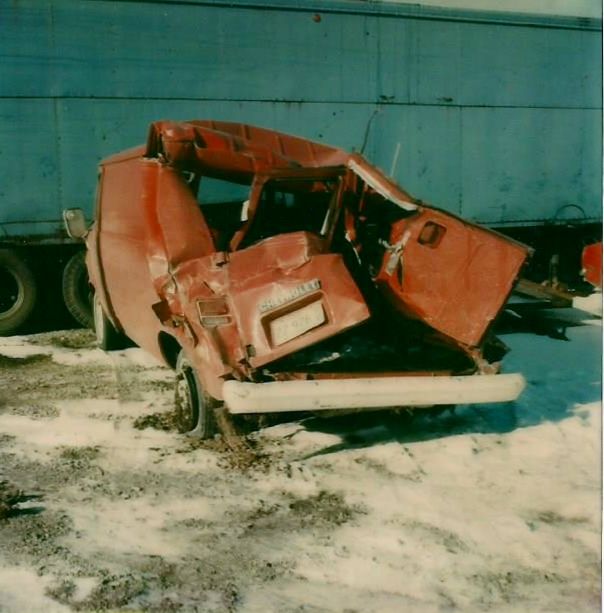 Our good Samaritan was a man of few words.  "I saw that truck knock you off the road," he said.

He shook his head.  "You shouldn't have been driving in the left lane," he said.

"Because that's where the lunatics are," he said.  "Lunatics always drive in the left lane."

"Oh," I said.  There was no disputing the wisdom of his words.  Instantly my driving habits were permanently altered.

When the cops came we stood in the snow on the side of the road and gave our statements.  That's when we met the older woman who had been riding shotgun in the truck that had done all the damage.  She was furious.  She'd hired a neighbor to load up her houseful of furniture and drive it to her new home.  "I told him to stop smoking that marijuana while he was driving!" she shrieked.  "I told him over and over again!"  The cop looked up at her with a solemn nod, raised one eyebrow, and scribbled a few more notes.  We never met the driver.  He seemed to be avoiding us; or maybe he was avoiding the cops.

The next day I got a ride to the lot where the van had been towed and locked up overnight.  Besides my piano, there were guitars, amps and p.a. gear to collect.  The piano had been riding right behind the front passenger seats, and since we passengers had survived, I expected that after a thorough tuning the piano would be fine.  I didn't realize that the truck's impact had driven my long sturdy wooden ramp right through its heart!

My piano was shattered.  Its frame and all those tiny wooden pieces had become kindling.  It's strings and screws and wires were useless junk.  It had been my accomplice on countless musical adventures, and I was heartbroken that our partnership was at an end. 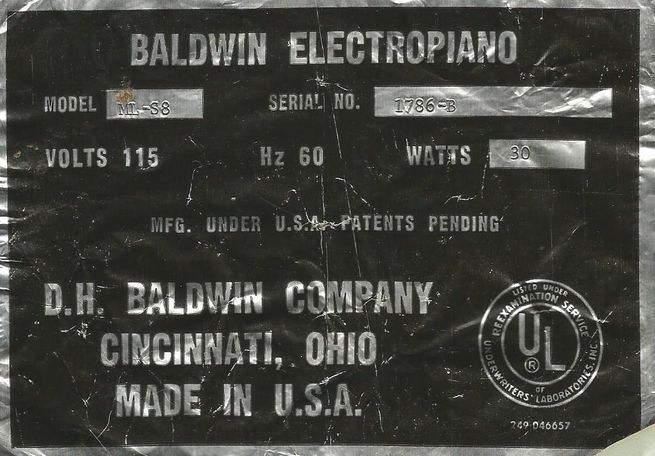 I salvaged all the bits and pieces of my piano I could.  I had a large piece of plexiglass cut to the shape of the harp and used it as a coffee table.  I even saved the hammers and the keys.  What could I do as a memorial to my beloved instrument?  It was only right to make a public statement that would attest to my devotion.  To be able to take it to my gigs would make it even better.

Sitting on the floor of my studio, I arranged and rearranged the keys into patterns and squinched my eyes at them, trying to decide on something that would illustrate the twisted path of fate.  I cut a large heart out of plywood and painted it a shiny lipstick red.  Then I glued on a pattern of keys.  I took it to all my gigs to display behind me, proclaiming to the world what I felt I truly held in my heart--even when I was playing guitar.

At least I still had pieces of my Baldwin piano with me at gigs! 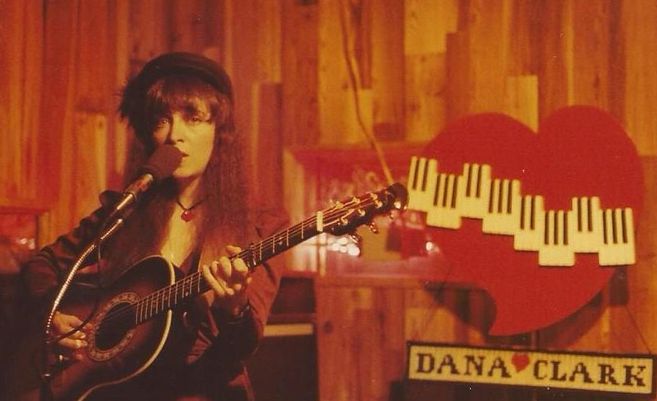 When it came time to select an image for my new tattoo, the choice was obvious.

In a thousand years or so when archeologists of the future dig up my mummy, they won't have to wonder how I spent my life.  My tattoo will tell the whole story. 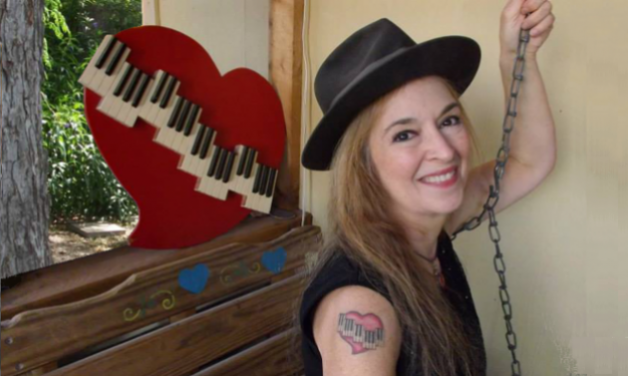