From World of Justice, World of Peace:

"In this world of war, my only weapon is a song.

All alone I'm not strong enough to right what's wrong.

But if we walk hand in hand

And we work side by side

If we join heart to heart

Til we see eye to eye

Then every dream we dream will be reality 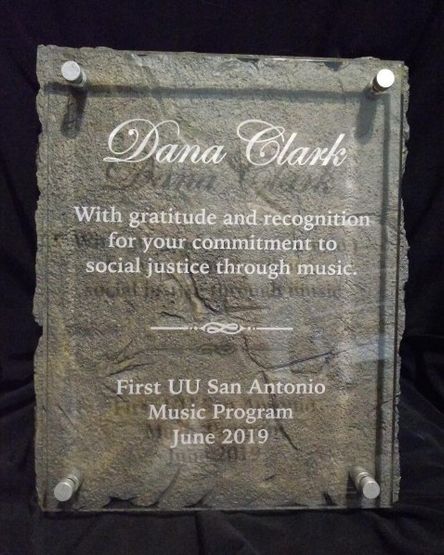 Sunday was Music Sunday at UU and the whole show was the choir. Dr. Susan Dill the music director spoke about recent achievements by certain choir members and THEN...she gave a big speech about ME (!!!!!) and handed me the award pictured above. She had warned me that was going to happen but I decided to attend anyway. What surprised me was that every person present stood to give me a standing ovation--and a long one!! Oh, my! Better than a Grammy! Better than winning the lottery! Nice to know someone has noticed my particular obsession and thinks it's OKAY. Does she understand that she is just adding fuel to the fire? I hope so! 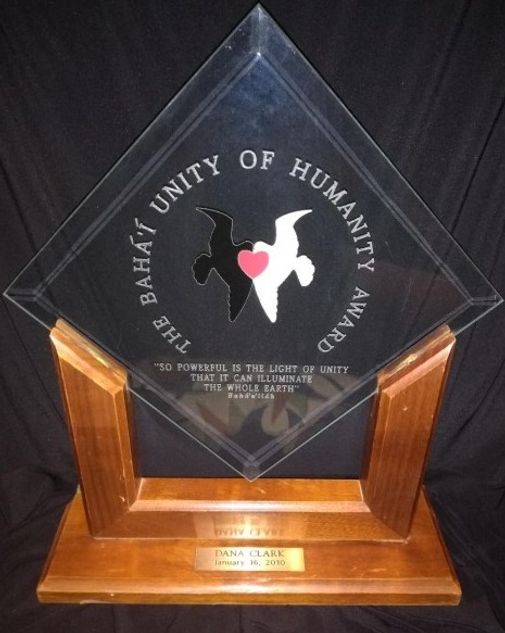 "...I just want to say that you are the most genuine person I know who actually lives her principles - moment by moment in your mind and heart and demonstratively through your donation of time and talent at the Peace and Refugee centers and I imagine other places--wherever you live and breathe!  You are an inspiration to many!"  Joyce S.,  2019

Music Students and Teachers from Center for Refugee Services (CRS) 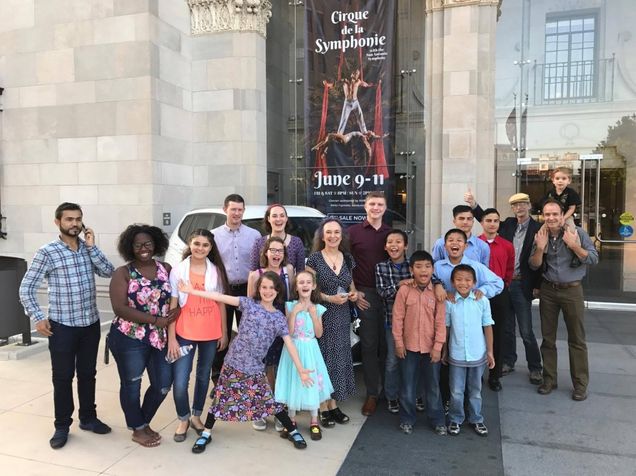 Click HERE to listen to a report about the music teaching program for refugee students at CRS that recently aired on KSTX 89.1.

Click HERE to see the Kens 5 TV show about our students performance at Ten Thousand Villages.

Click HERE for a video of our music program at CRS

When my children were small I thought we would have all the major problems in the world solved by the time they grew up. Wrong. There is still so much to do.

Because I believe songs are a powerful tool for inspiring people to work for a better world, I can't resist providing music for social justice events/projects.  I admit to being a woman of strong opinions, and I relish the opportunity to write songs expressing them!

I was recently challenged to write a history of my involvement.  Below is a partial list.

At Southern Illinois University during the Viet Nam war years, I was a member of the Southern Illinois Peace Committee and traveled twice to Washington D.C. to participate in massive Moratoriums to end the war.  I sang at peace demonstrations on campus.

I wrote songs for these events in San Antonio, helped organize them, and performed at them:

I performed for the following events and helped organize them:

Many other events for the San Antonio Peace Center

Participated in the Human Library at UIW as the “book” Pacifist and Songwriter, 2018 & 2019